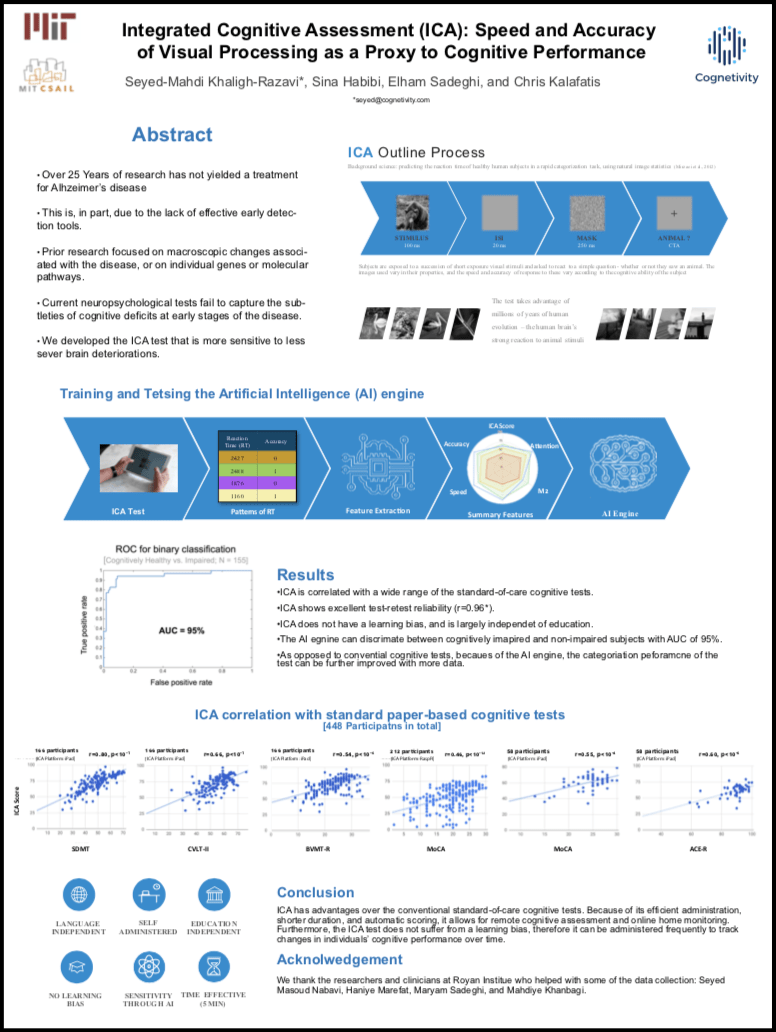 Currently available techniques for cognitive assessment are primarily paper-based, and need to be administered by a healthcare professional; they are additionally language and education-dependent and can be learnt after taking the test for few times. These tests are thus not ideal for large-scale pro-active cognitive screening and cognitive monitoring. We developed a 5-minute computerized cognitive assessment tool based on a rapid visual categorization task (animal vs. non-animal), in which a series of carefully selected natural images of varied difficulty were presented to participants.

221 participants took part in the experiment (108 female); participant’s age range varied from 46 to 98 (mean=74; SD=10).  In addition to this computerized test, subjects took the Montreal Cognitive Assessment (MoCA), which is a widely-used pen and paper cognitive test. A linear combination of subjects’ speed of visuomotor processing (as measured by their reaction time) and their categorization accuracy was significantly correlated with their cognitive performance (as measured by MoCA, and ACE-R).

The correlations were within the acceptable range for determining construct validity for psychometric tests. Interestingly, while subjects’ MoCA, and ACE-R scores were correlated with their level of education (R(MoCA)=0.38; R(ACE-R)=0.65, p< 0.0001), their computerized cognitive score was not (R=0.02, not-significant), suggesting that the proposed computerized test can assess cognitive performance independent of education.

In summary, we showed that the combination of speed and accuracy of visual processing in a rapid visual categorization task is a good proxy to cognitive performance. Additionally, the proposed test, while showed to be independent of education, is intrinsically independent of language and culture, and is self-administered. 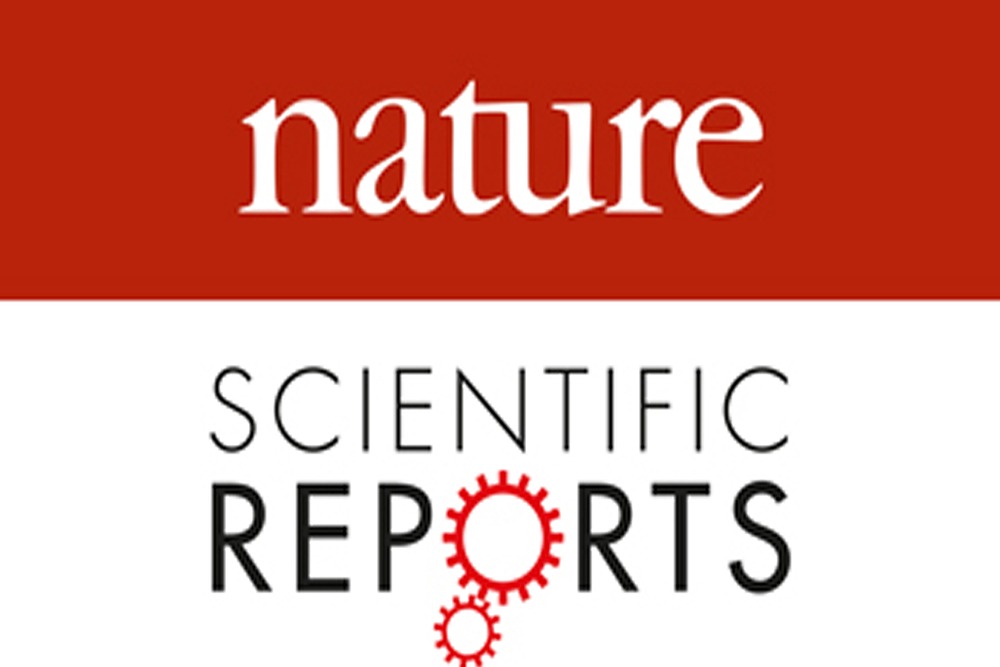 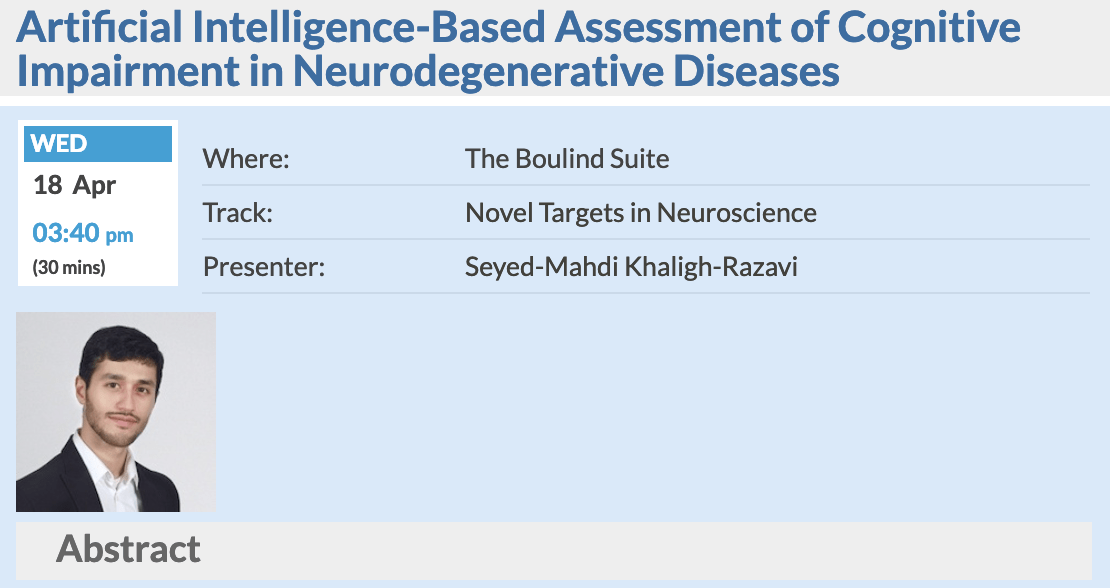 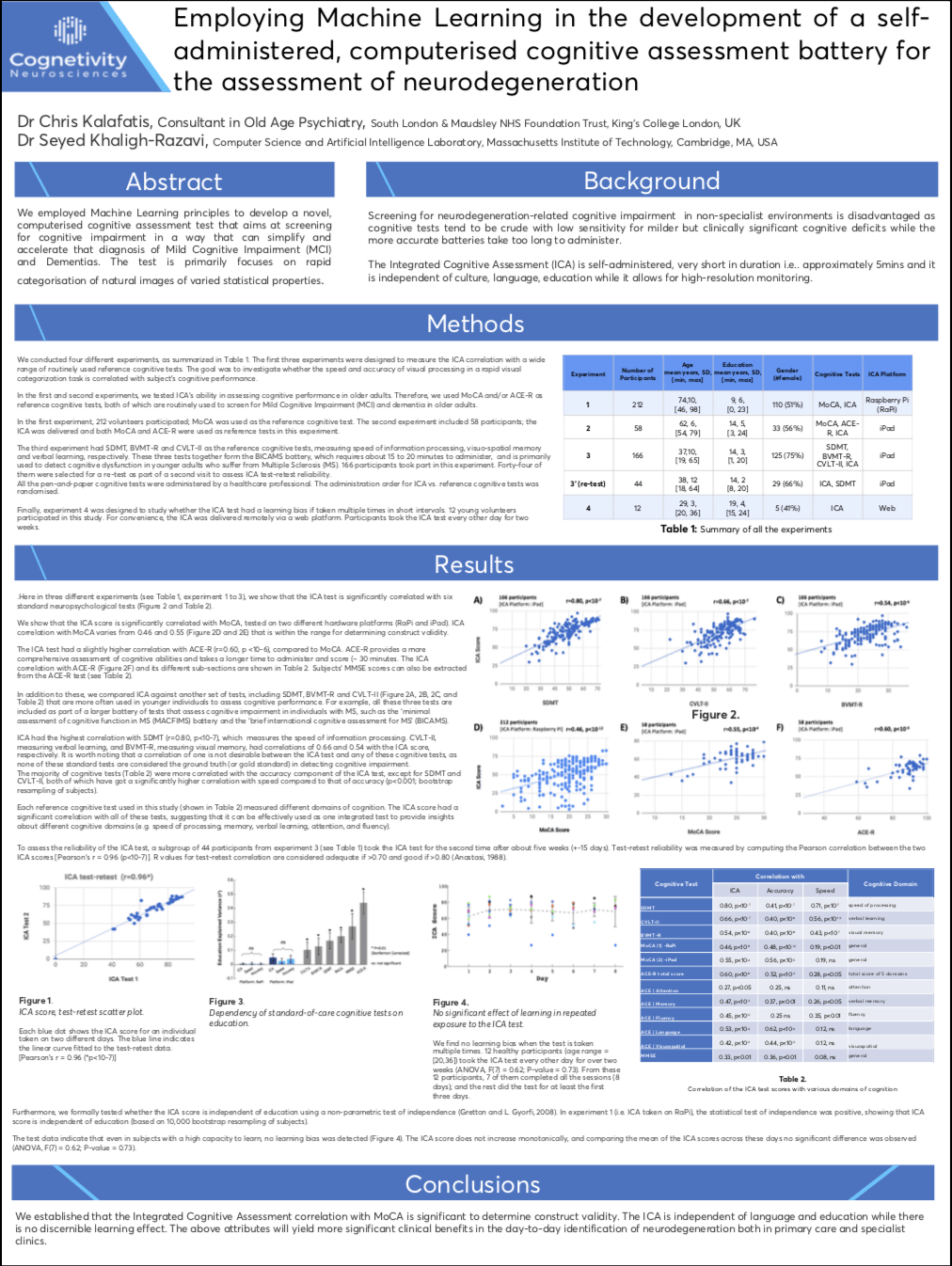 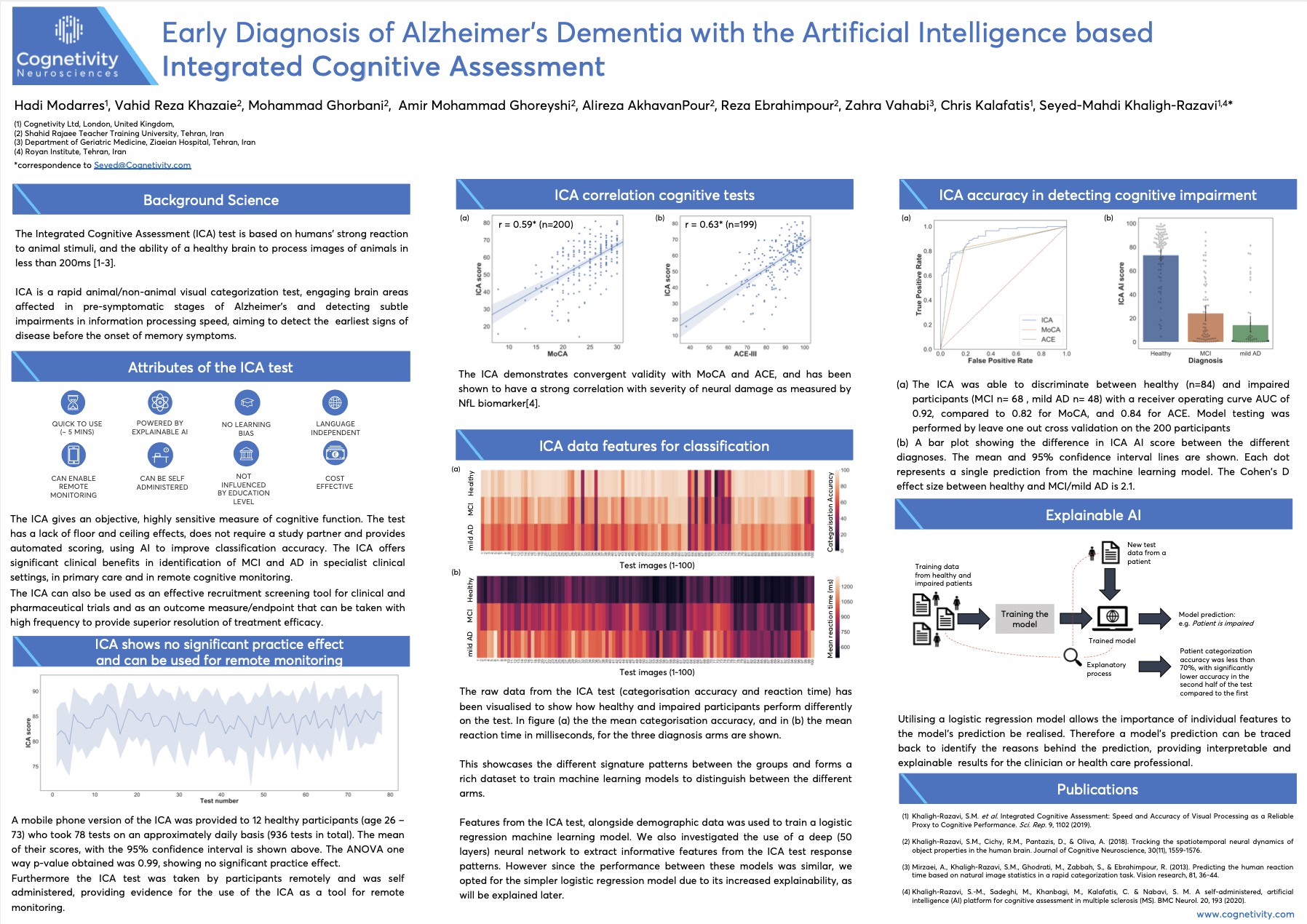 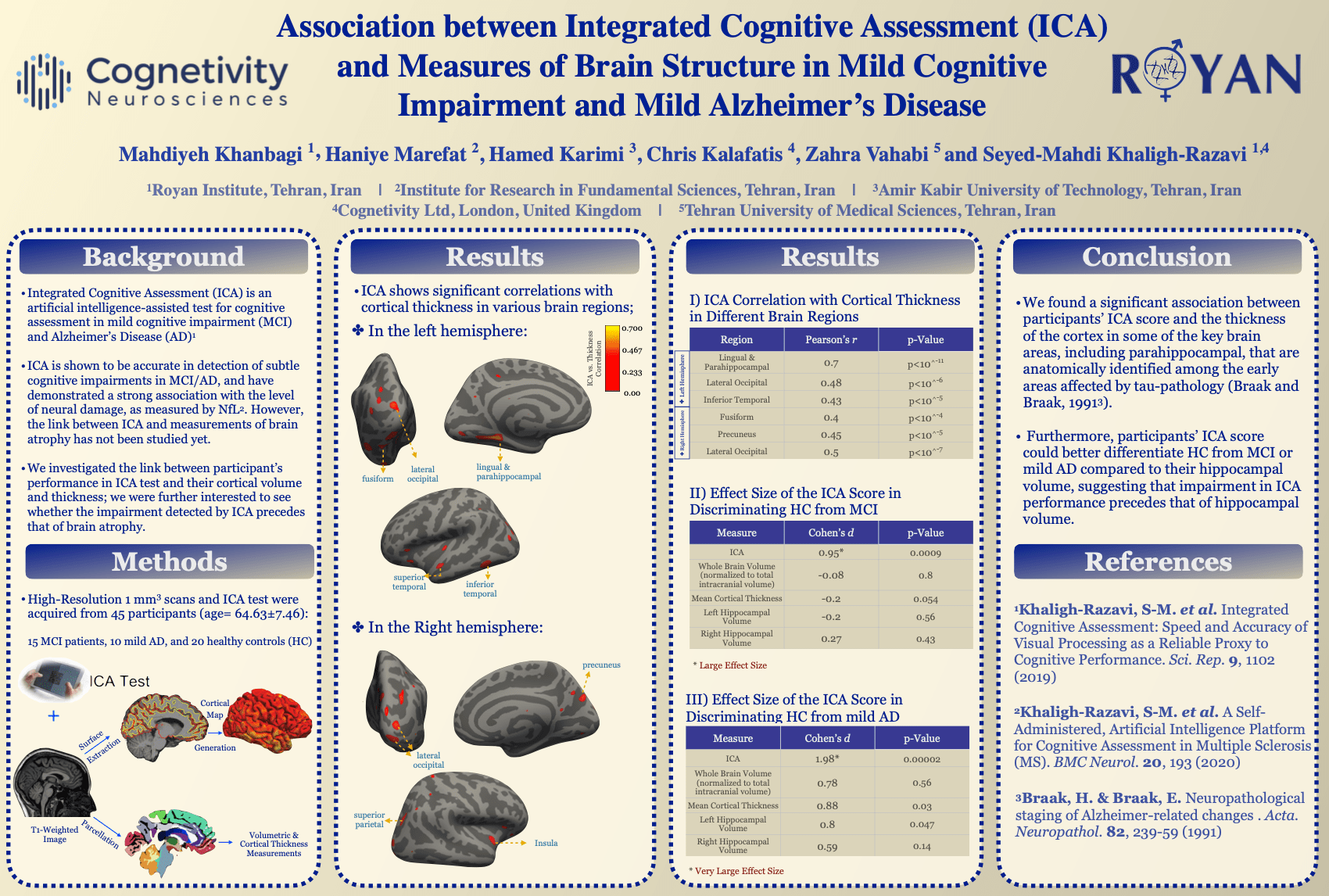